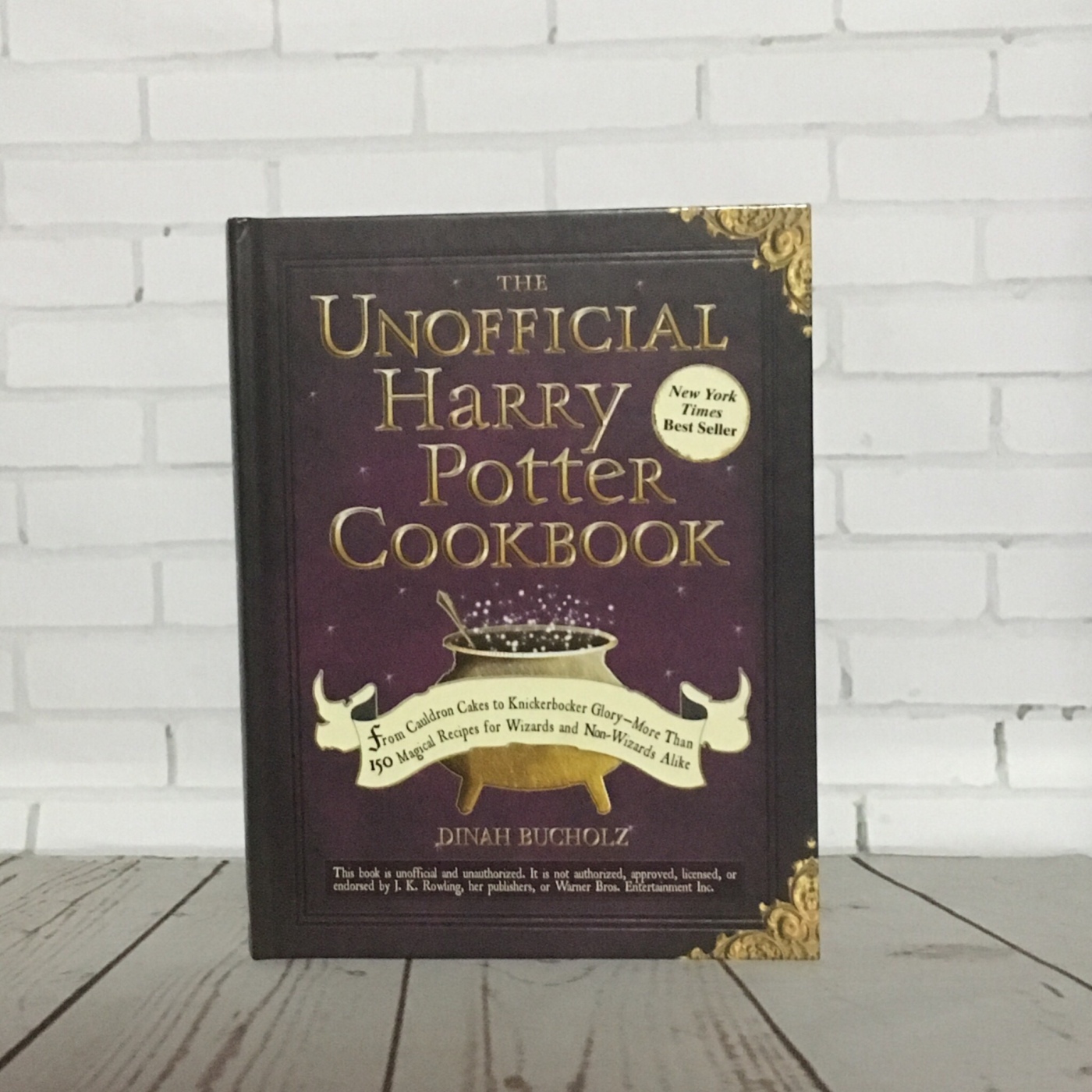 A cookbook by Dinah Bucholz

Description: Bangers and mash with Harry, Ron, and Hermione in the Hogwarts dining hall. A proper cuppa tea and rock cakes in Hagrid’s hut. Cauldron cakes and pumpkin juice on the Hogwarts Express. With a dash of magic and a drop of creativity, you’ll conjure up the entrees, desserts, snacks, and drinks you need to transform ordinary Muggle meals into magical culinary masterpieces, sure make even Mrs. Weasley proud! With this cookbook, dining a la Hogwarts is as easy as Banoffi Pie! With more than 150 easy-to-make recipes, tips, and techniques, you can indulge in spellbindingly delicious meals drawn straight from the pages of your favorite Potter stories, such as:

My amazing best friend bought me this book for my birthday this year and this last weekend we had a Harry Potter Marathon at my aunts house so I whipped this baby out and tried out a few recipes! Now I haven’t tired many but so far the few I have tried were DELICIOUS! There’s so many more in here I want to try, like Kreature’s French onion soup (droooool) and Kickerbocker Glory. Good gravy I’m excited to try a bunch of recipes! There are a few I probably won’t try, let’s be honest.. black pudding? probably not. Haggis? naw I’m good. But overall I think this is a fantastic cook book for any Harry Potter fan.. or for fan of general food. So far my absolute recommendations are Molly’s Meatballs in Onion Sauce, It was sooooo good! Amazing winter supper. Also the Pumpkin Pasties were to die for, they taste like the holidays. and I’m probably gonna start making them every year. I love this cookbook! And I absolutely love that at the beginning of each and every recipe there’s a quote or a point at where in the story you can find those recipes. It’s such a smart and cool touch to it!