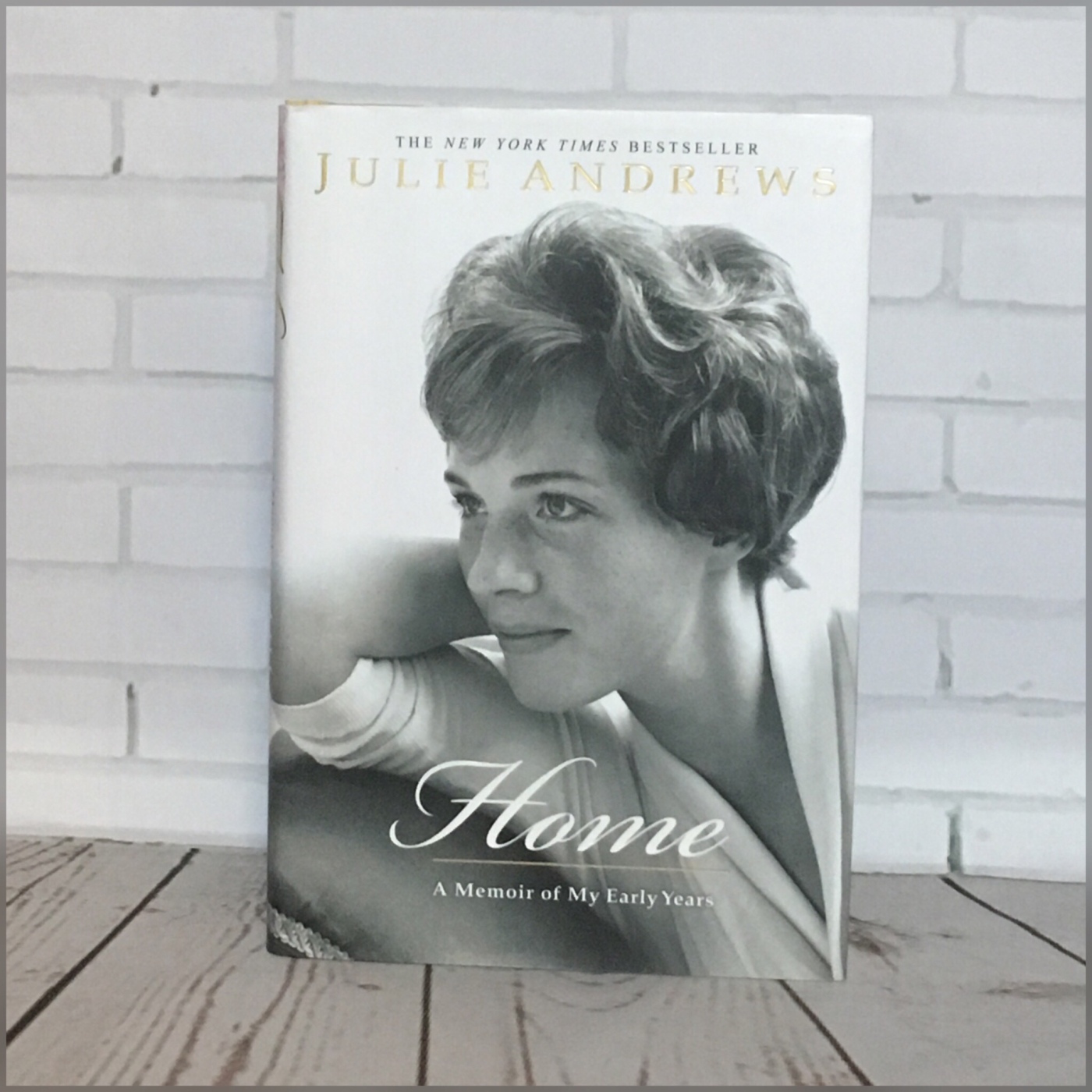 A Memoir by Julie Andrews

Description: Since her first appearance on screen in Mary Poppins, Julie Andrews has played a series of memorable roles that have endeared her to generations. But she has never told the story of her life before fame. Until now. In Home: A Memoir of My Early Years, Julie takes her readers on a warm, moving, and often humorous journey from a difficult upbringing in war-torn Britain to the brink of international stardom in America. Her memoir begins in 1935, when Julie was born to an aspiring vaudevillian mother and a teacher father, and takes readers to 1962, when Walt Disney himself saw her on Broadway and cast her as the world’s most famous nanny. Along the way, she weathered the London Blitz of World War II; her parents’ painful divorce; her mother’s turbulent second marriage to Canadian tenor Ted Andrews, and a childhood spent on radio, in music halls, and giving concert performances all over England. Julie’s professional career began at the age of twelve, and in 1948 she became the youngest solo performer ever to participate in a Royal Command Performance before the Queen. When only eighteen, she left home for the United States to make her Broadway debut in The Boy Friend, and thus began her meteoric rise to stardom.

Since I was young I’ve always had so much love for Julie Andrews, since the age of three I have been in love and obsessed with Mary Poppins and The Sound of Music.. so when I saw this book at the thrift store I couldn’t help but snatch it up! This woman endured and suffered through so much in her life, yet she still persevered and made beautiful music. She worked her butt off from a very young age, to support her family and to make a name for herself. She’s such an inspiration. You can’t help but just be in awe of all that this fantastic woman has accomplished in her life, and of all the people she’s met. I also made a super interesting (to me) discovery about her while reading this book. When I was younger I fell in love with Rogers and Hammerstein’s version of Cinderella (the branndy and Whitney Houston version) but I was not aware that Julie Andrews also preformed Rogers and Hammerstein’s Cinderella in 1957 and I literally cried when I found that album on my phone yesterday! I absolutely loved this memoir! And if you’re a musical loving nerd like me I’m sure you would too!!