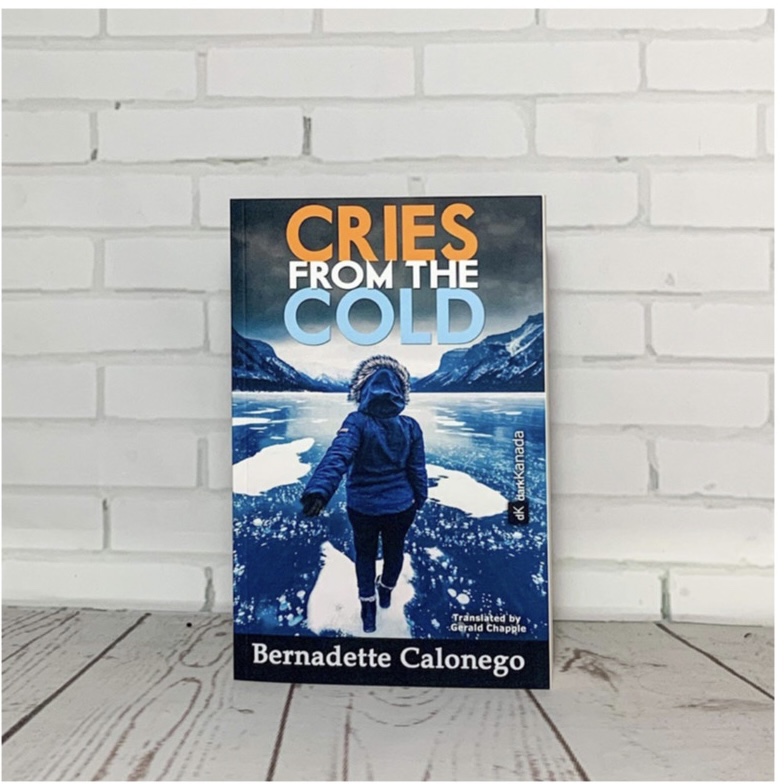 Synopsis: Detective Calista Gates’s career is almost dead. Until she gets one more chance on the wild Labrador coast, where evil washes ashore. A harrowing discovery on an icy beach—a crate with the remains of a young woman who disappeared three years earlier. The gruesome find sets the tiny, isolated town of Port Brendan on edge. A cryptic symbol burned into the crate gives RCMP Sergeant Calista Gates the first clue. The young investigator is desperate to prove she’s fully fit for service after an attack in Vancouver left her with a devastating brain injury. She must hunt down the woman’s killer at all costs—and confront what is threatening her: the hostile climate, the insular community, the dangerous pack ice, and a cold-blooded assassin. When a second murder shocks the village, Calista has a chilling suspicion. Her boss and some colleagues don’t believe her. Can she even trust her taciturn teammate? In the brutal Labrador winter, Calista has nowhere to turn. She has to fight for her job, for justice—and for her life.

I would like to thank the lovely author for sending me a copy of her book! I read one of her books a few months ago –Murderous Morning- and I really enjoyed it! So I was super excited when she asked if I would be interested in reading another one of her books!

The way it started out seemed long and boring, I honestly didn’t think that I was going to enjoy it after reading the first few chapters… but the longer I read and the further I got, the more I got sucked into the story and into the complicated mystery of it all! After awhile I couldn’t put it down.

It wasn’t like a normal cut and dry ‘who did it?… oh it’s him, that’s the murderer and that’s all there is to it’ type of book.. there were multiple stories at play, multiple people of suspicion, multiple culprits and multiple murders to solve which made it quite intense at times because when you think they’d be getting close to solving the first murder, details for the second one would pop up instead!

The characters in this book are all loveable, all very Canadian small town vibe type of people.. which is such a familiar feeling to me –even though I didn’t grow up in Labrador– so it felt very homey and very relatable to everyone being in everyone else’s business all the time.

There was a lot going on, but not too much where you couldn’t follow the story. It was honestly quite a fun read and I really enjoyed it! I didn’t see where it was going or how it was going to end. Any time I’d try to make a sort of early prediction.. that person would end up dying! So, clearly my predictions were wrong!

It did leave off with a sort of cliffhanger of what could happen in the next book, so that’s intriguing! But yea, overall I would absolutely recommend this book/series!