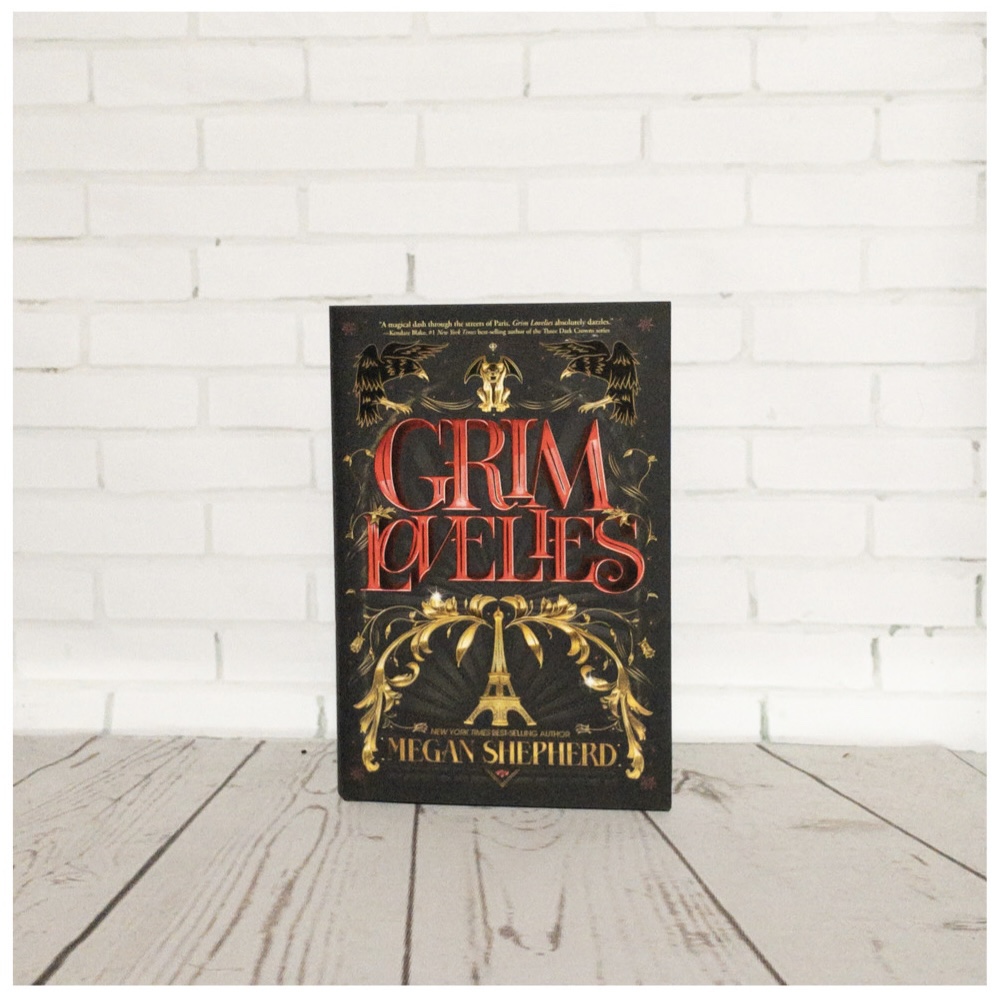 The First book in the Grim Lovelies series by Megan Shepherd

Synopsis: Seventeen-year-old Anouk envies the human world, where people known as Pretties lavish themselves in fast cars, high fashion, and have the freedom to fall in love. But Anouk can never have those things, because she is not really human. Enchanted from animal to human girl and forbidden to venture beyond her familiar Parisian prison, Anouk is a Beastie: destined for a life surrounded by dust bunnies and cinders serving Mada Vittora, the evil witch who spelled her into existence. That is, until one day she finds her mistress murdered in a pool of blood—and Anouk is accused of the crime. Now, the world she always dreamed of is rife with danger. Pursued through Paris by the underground magical society known as the Haute, Anouk and her fellow Beasties only have three days to find the real killer before the spell keeping them human fades away. If they fail, they will lose the only lives they’ve ever known…but if they succeed, they could be more powerful than anyone ever bargained for.

I really thought the story could have had way more potential!! The description of this book sounded so good! Unfortunately the book did not live up to its description. While reading this book I could feel my soul preparing to slip into another reading slump, but I pushed through.

The characters were all just so awful. They were boring, flat, self-centred, annoying, whiny little brats with no difference between each other and no personalities. Even the bad guy was just bland and meh. Just awful characters.

I didn’t really understand the point of the book, the description says they needed to find out who murdered their mistress but that’s not the point, that part of the story pretty much literally doesn’t matter. Like at all. About half way through the book we know who did it and we don’t even care. Then there’s some weird proposals and rejections and a lot of driving back and forth and a lot of nothingness and a few scenes where people are eating plants and rats.. and then there’s a weird underground New Years type of party and that’s… pretty much all I remember about the book.

It ends in a cliffhanger, clearly preparing people for the second book. But this one didn’t reel me in enough to even give two figs about what happens in the next book or books, I’m not sure how many there are or are going to be, and honestly I don’t care.

It was total crap. Would not recommend.